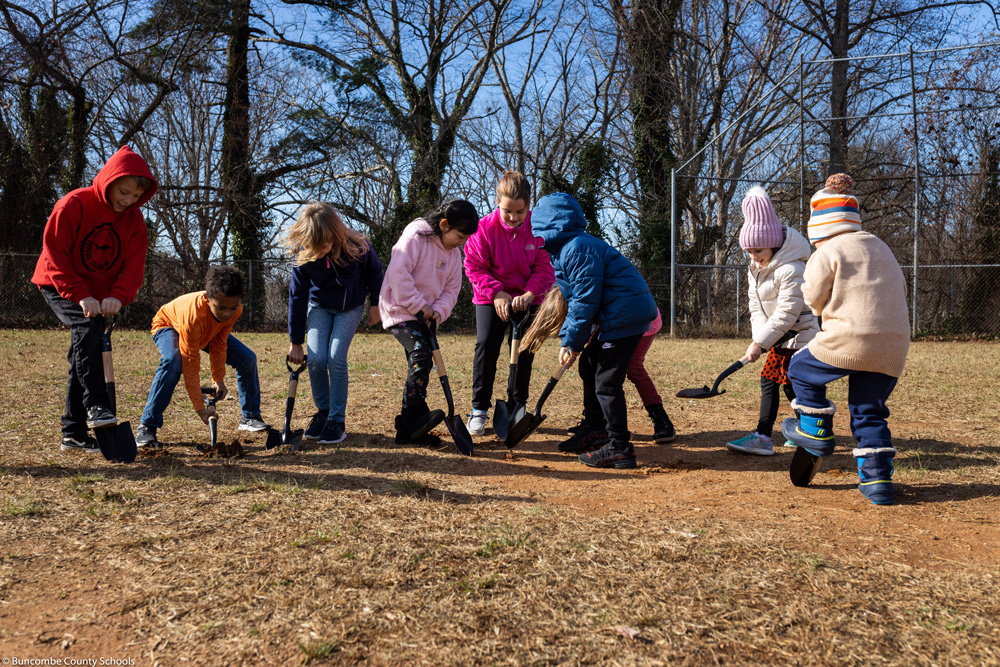 Several years of fundraising have culminated with a big moment for Woodfin Elementary. Last Wednesday, the students and staff held a groundbreaking ceremony to note the beginning of construction on their brand new playground.

Several years ago, donors in the community rallied around Woodfin to support the school with various fundraising projects. This led to a conversation about what a dream project for the school would look like. The vision of a large playground was cast. Currently, the school has a small playground that all of the students share. The initial fundraising goal was over $200,000.

“When I came along, these donors felt certain we would far surpass our original goal of $227,000,” said Nicole Roberts, who’s serving her first year as Principal at Woodfin. “They wanted to know what would be an idea for any extra money raised and I suggested a walking track to circle the playground.”

These donors and community supporters, who prefer to remain anonymous, hosted several summertime fundraisers. The final amount raised was over $328,000! In addition to new climbing and swinging equipment, plans include the walking track, an ADA-compliant ramp from the upper school level to the playground level, and a slide from the ramp onto the play area.

Woodfin Elementary hopes to open the playground by the end of the school year.