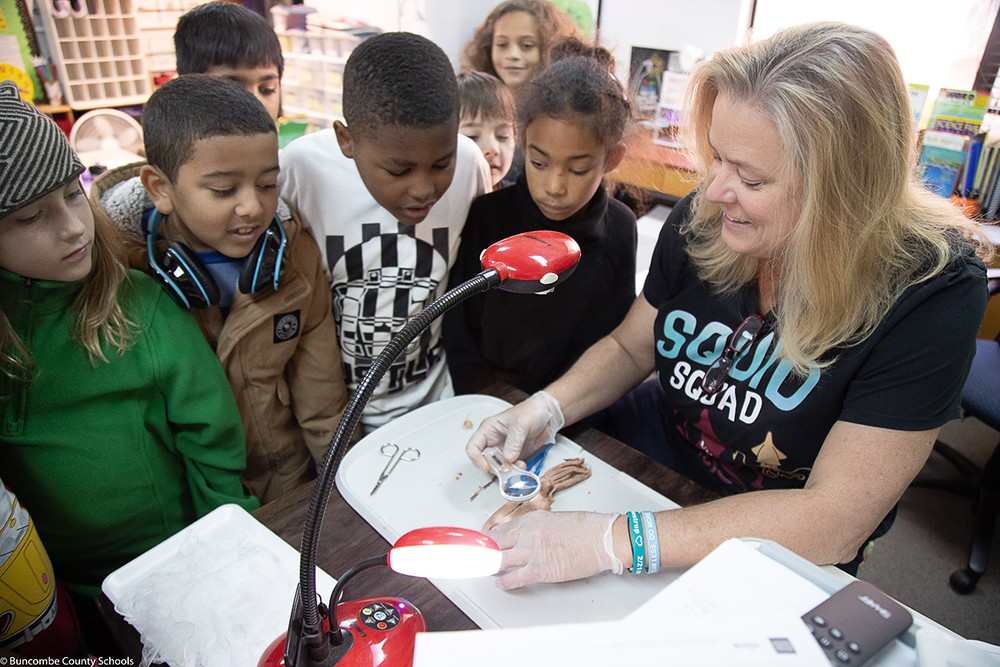 Donning lab coats and gloves, third graders at Estes Elementary became full-fledged Marine Biologists for a day when they dissected squids in class as part of their “Wit and Wisdom” module on the ocean. Led by the teacher, students from each class got to get hands-on with the squid specimens, identifying each part of the mollusc as they carefully dissected each major organ.

“I thought that octopuses were the only ones with three hearts,” said student Will Nienaber. “When we opened the squid, I saw that the squid has three hearts, too. Also, I learned that it’s eye isn’t actually part of the mantle. Squid are really cool and have a lot of amazing features that help them escape from predators. Getting to dissect one was awesome.”

“One of the books we read for our Wit and Wisdom module was about squid,” said third grade teacher Leigh Salley. “So this gives us the chance to take our learning beyond what we read in a book and get an authentic, hands-on learning experience. We try to do that whenever possible, and I think this in particular is great. What elementary schooler can say they dissected a squid in class?”

The dissections are just a part of the larger lesson in which students studied about underwater creatures and created wall panels about them. But out of all the parts of the lesson, Ms. Salley said, the dissection was what excited students the most. “They’ve been talking about it all week,” she said.