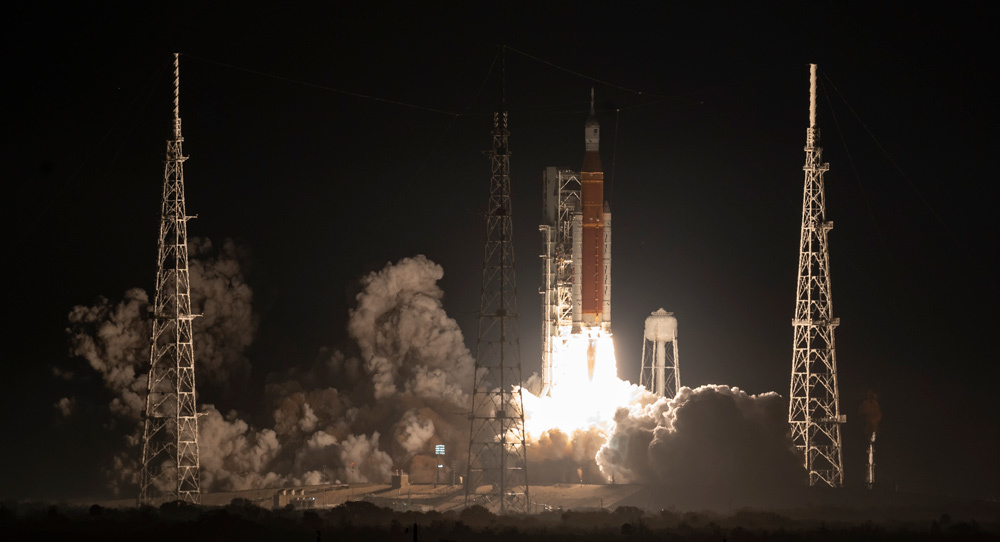 NDA Satellite Heads to Space on Artemis I

Over the past several school years, NDA's Deep Space Satellite Club designed a small, customized motherboard filled with sensing equipment to gather data about space weather, solar flares, and Earth's magnetic field. If all goes according to plan, this "ThinSat" will travel for more than a year, passing Mars and collecting radiation and space weather data along the way.

"It's amazing to see students build on their successes year after year and contributing to a project that continues even after many of them have graduated," said the club's sponsor, science teacher Greg Tucker. "We'll be analyzing the data as it comes in, and some of our graduates will be back to help. We're all so excited to see a high school science project make its way into space."

From NASA's website: Artemis I, formerly Exploration Mission-1, is the first integrated test of NASA’s deep space exploration systems: the Orion spacecraft, Space Launch System (SLS) rocket and the ground systems at Kennedy Space Center in Cape Canaveral, Florida. The first in a series of increasingly complex missions, Artemis I is an uncrewed flight test that will provide a foundation for human deep space exploration, and demonstrate our commitment and capability to extend human existence to the Moon and beyond.