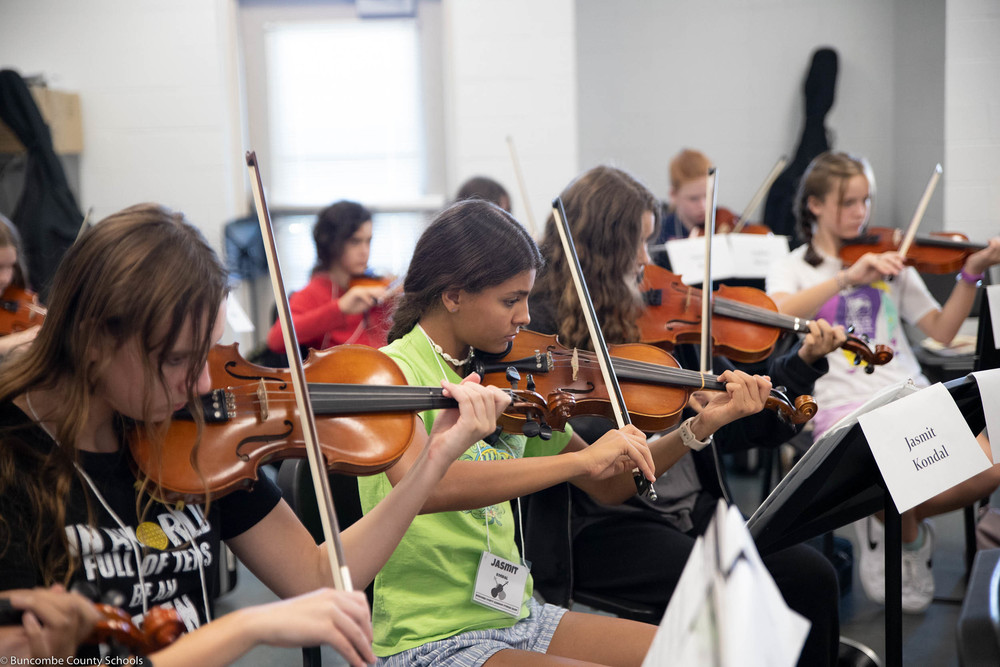 Middle and High Schoolers Come Together for a Musical Filled Camp

During the summer break schools are a little quieter than they are during a typical school year. However, during this first week of August at Charles T. Koontz Intermediate, the halls are reverberating with the musical talents of the students attending the Summer Strings Bash Camp. Rising 6th - 12th grade students across Buncombe County Schools (BCS) worked with professionals on technique, directing, and refreshing skills from last school year.

“This week students have been given electives to choose from,” said Elizabeth Terry, Orchestra teacher for the TC District. “Students have the opportunity to learn about electronic music, improvisation, fiddle, chamber groups, or try a new instrument that they don’t normally play.”

Ms. Terry has hosted the camp for two years, and this year eighty musicians are attending. In order to give the students a variety of experiences she has called in a few reinforcements to help. Some of the instructors are from BCS, while others are from the Asheville Symphony and even as far away as New Hampshire.

“Having this camp is a big boost for the kids,” Ms. Terry explained. “When school starts at the end of the month the students will be refreshed with their musical skills. This camp is designed to give all our students an immersive experience into orchestral music.”

It’s easy to see how much love each person has for music, including Ms. Terry.

“Music is a great way for people to express themselves,” she said. “It truly helps the students learn skills in a creative way about teamwork and problem solving. Music is really just another form of communication. Not only are students playing an instrument, but they are making new friends from other schools across BCS.” 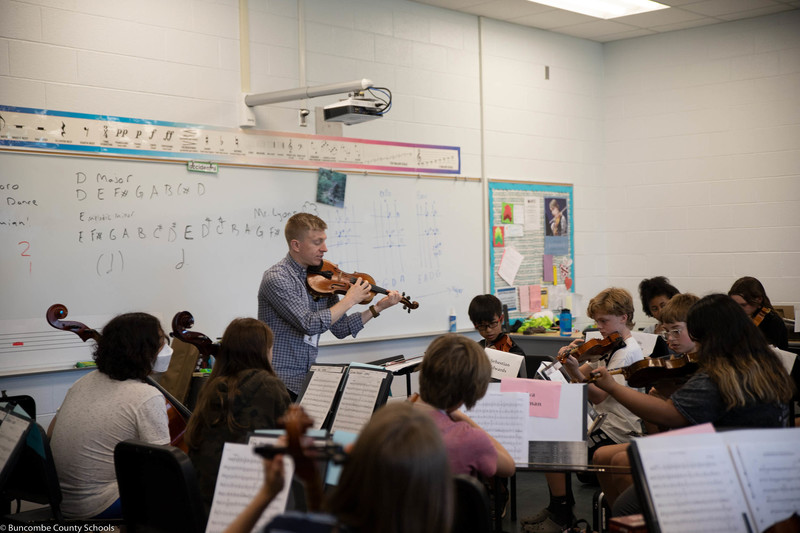 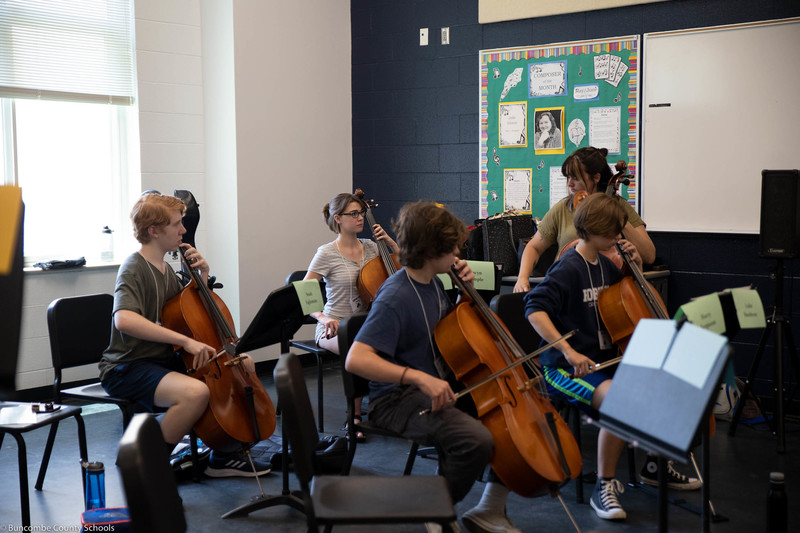 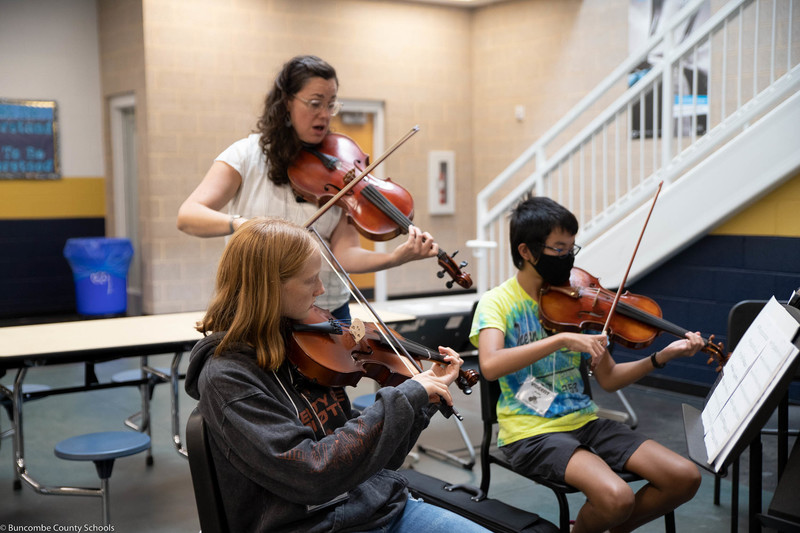 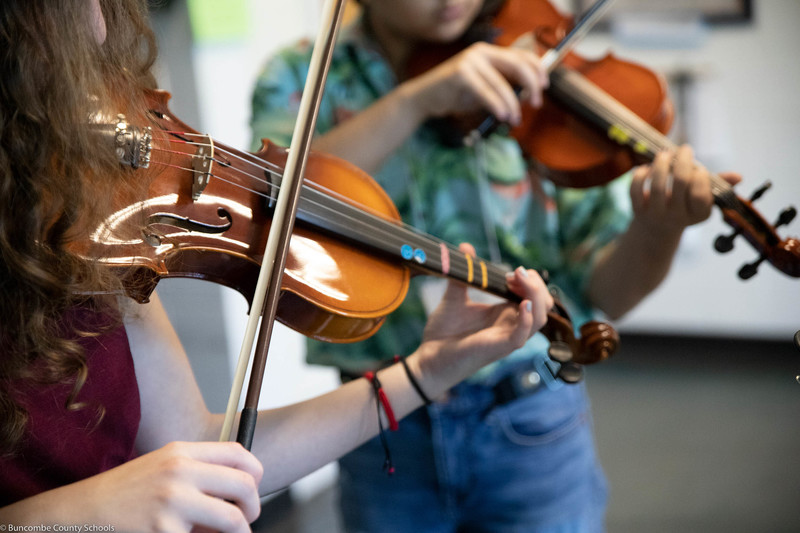