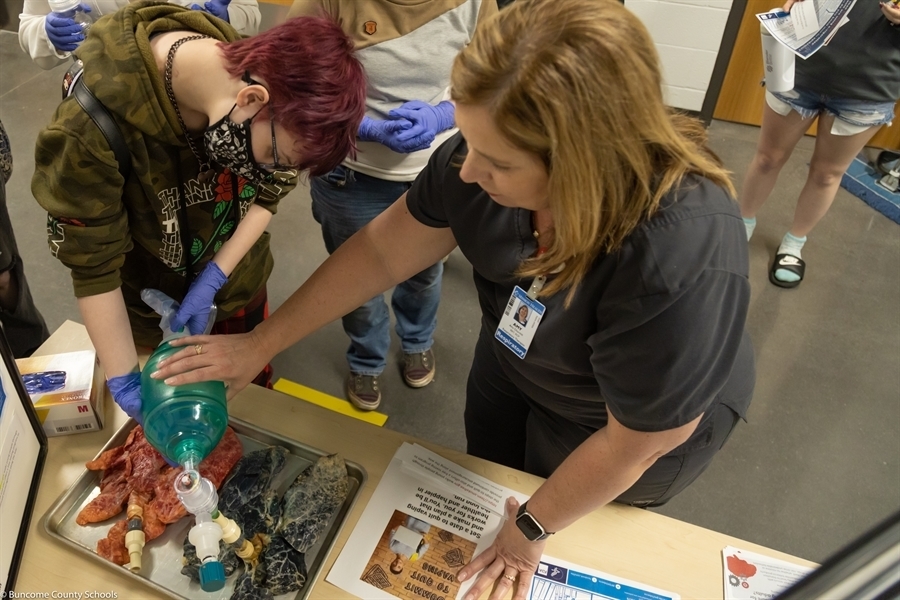 Buncombe County Schools board member for the Roberson district, Amy Churchill, visited Community High School with two special guests in tow - pig lungs! Ms. Churchill, a respiratory therapist for 32 years, visited the Substance Abuse Prevention fair to teach about the dangers of smoking and vaping. She presented students with a hands-on lesson about nicotine use by allowing them to inflate two different pig lungs - one exposed to cigarette smoke (equivalent to being a 10-year smoker) and one healthy set of lungs. 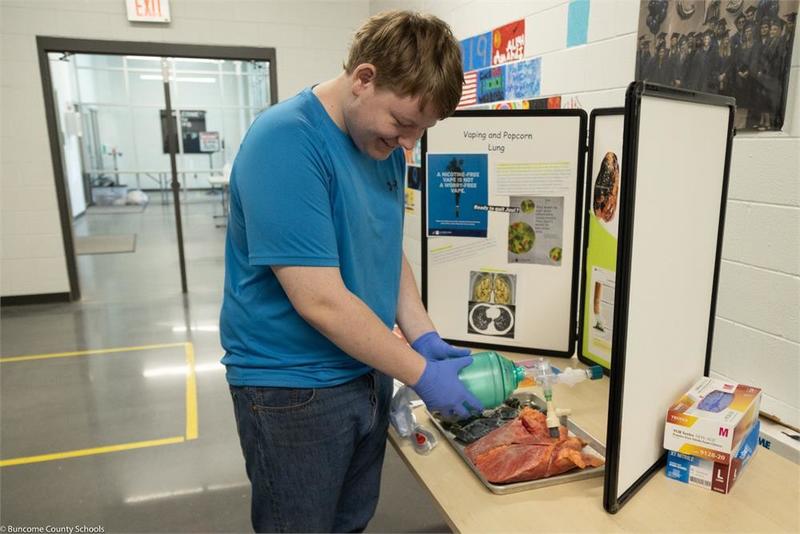 “I find that students really respond well to the visual of the lung and the damage done,” said Ms. Churchill. “They also have the ability to feel around the lung and see a tumor, as well as seeing how much harder it is to inflate the nicotine exposed lung, which helps them to understand why people have difficulty breathing when they have lung damage from smoking.”

While cigarette smoke is still an issue with youths, vaping has become a popular trend, because of its perceived safety compared to cigarettes. Ms. Churchill says that’s not necessarily the case.

“Vaping can cause popcorn lung due to the chemicals used in the juice,” said Ms. Churchill. “Students don’t know that the companies that sell these products are not telling the full truth. I think vapes are like cigarettes were years ago - we don’t fully understand the extent of the dangers, and the companies that make them aren't exactly wanting us to know. Not only that, but nicotine can be especially addictive to teens due to their brain development - over 2 million have admitted to using e-cigarettes.”

Students said they were surprised to see just the amount of smoking damage that happened to the pig lungs, and to learn that vapes may not be as safe as they thought. 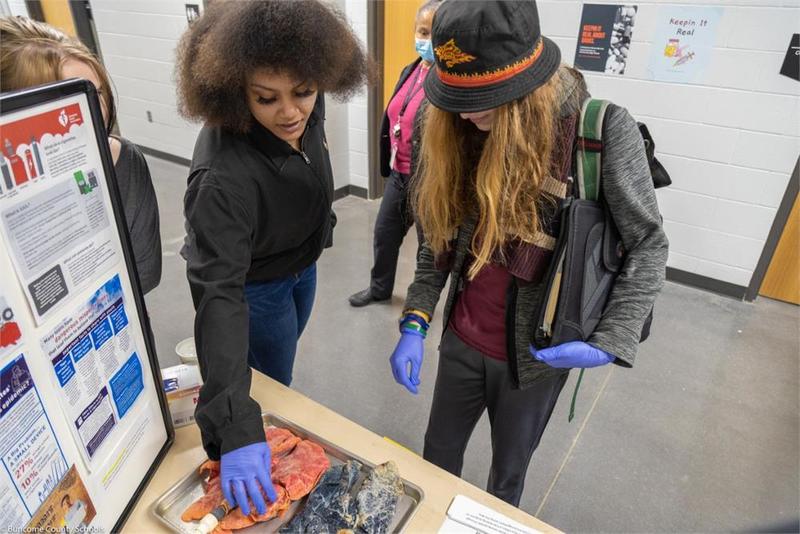